Can Cryptocurrency Be Held in Retirement Accounts?

It seems like every day there is news about cryptocurrency, and often lots of it. As these digital assets become more familiar to us, the question arises whether they can be held inside a retirement account1. We explore the rules for both an individual retirement account (IRA) and a 401(k) plan; however, no opinion is expressed as to the soundness or prudence of such investments.

Households with IRAs have eight times the median financial assets of households without IRAs, according to the Investment Company Institute. By the end of 2019, there was over $11 trillion in IRA accounts, representing more than 34% of dedicated retirement assets. To answer our cryptocurrency question as it relates to IRAs, however, we need to separate it into two parts:

As of June 30, 2021, there was over $7.3 trillion in 401(k) plans, according to ICI Research. Thus, such plans constitute the second most widely held form of retirement assets. Can one own cryptocurrency in these plans?

Unlike defined benefit plans, 401(k)s are employer-provided defined contribution plans. As such, they are funded with cash. Thereafter, the employee is entitled to select investments from a menu of employer-approved investment allocations. However, unlike IRAs, there are not express statutory guidance on prohibited assets. Instead, the IRC provides that an investment menu must have at least three investment options, “each of which is diversified and has materially different risk and return characteristics” (IRC §401(a)(35)(D)). Thus, the answer is that cryptocurrency is permitted so long as it meets the diversification requirement. 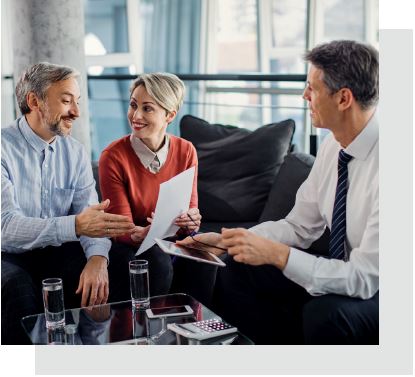 Beyond prudence and the above analysis regarding legality, numerous risks and other factors are worthy of consideration, including but not limited to:

2 Certain precious metals are excluded: gold, silver and platinum coins, coins issued by any state, as well as gold, silver, platinum and palladium bullion of certain fineness, but only if the custody of a U.S. trustee (U.S. bank or financial institution), IRC §408(m)(3((A), (B).

This presentation is intended to provide a review of issues or topics of possible interest to Glenmede Trust Company clients and friends and is not intended as investment, tax or legal advice. It contains Glenmede’s opinions, which may change after the date of publication. Information obtained from third-party sources is assumed reliable but is not verified. No outcome, including performance or tax consequences, is guaranteed, due to various risks and uncertainties. Clients are encouraged to discuss anything they see here of interest with their tax advisor, attorney or Glenmede Relationship Manager.

Choosing a 529 Plan
The Votes Are In: An Update on the Midterm Elections
Estate Planning Techniques in Volatile Markets