50:50 – What It Means for President Biden’s Tax Proposals

As presumptive winners of both Georgia Senate seats, the Democrats will have a majority of the Senate whenever there is an opportunity for Vice President Kamala Harris to vote. But that is a far cry from a clear, decisive majority required to pass all parts of President Biden’s tax agenda. Over time, negotiations may lead to some tax increases but probably not the significant increases proposed during the campaign. Independent of this week’s elections, tax law change is a persistent concern. If changes do not come now, they will come either as a result of future elections or the sunset of portions of the current law on December 31, 2025. Planning ahead remains essential. 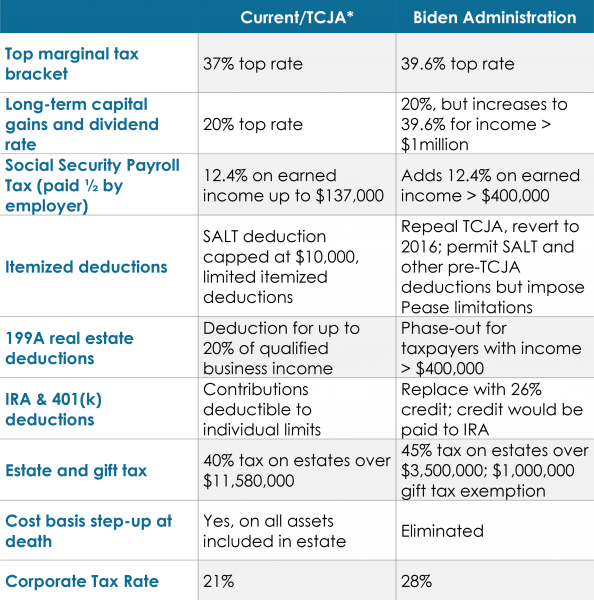 *Most elements of the 2017 Tax Cuts and Jobs Act (other than the corporate tax rate) are slated to expire December 31, 2026, when tax rates and deductions revert to 2016 law.