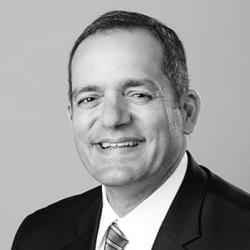 Jordan B. Savitch is General Counsel and Director of Business Assurance in Glenmede’s Philadelphia Office and a member of the company’s Management Committee. In this role, Mr. Savitch oversees legal, compliance, internal audit and enterprise risk management.

Prior to joining Glenmede, Mr. Savitch served as Senior Vice President and General Counsel for Penn National Gaming, Inc. (NASDAQ: PENN). In this role, Mr. Savitch oversaw the legal, regulatory and compliance functions for a highly-regulated, publicly traded company that grew to operate 29 facilities with over 18,000 employees in 19 different jurisdictions. Before that, he held roles for an early stage technology company and for Safeguard Scientifics, Inc. (NYSE: SFE). Mr. Savitch began his career as a corporate associate at Willkie Farr & Gallagher.

Mr. Savitch currently serves on the Advisory Board for the Rutgers Center for Law and Corporate Governance and as a mentor for Mentor Connect, a program jointly sponsored by Ben Franklin Technology Partners and the Philadelphia Alliance for Capital and Technologies to provide guidance and support for local, early-stage enterprises. He also serves as a regional and national judge for LawMeets®, a nationally recognized negotiation competition for law students.