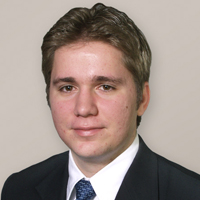 Mr. Atanasiu began his professional career as an intern at GTC in 2005 and was subsequently hired as a full-time analyst. He holds dual degrees in engineering and physics from Swarthmore College, and received his M.B.A. with distinction from New York University’s Stern School of Business, with concentrations in quantitative finance and business analytics. He received his Chartered Financial Analyst ® designation in 2009.

In addition to his research, analytical and investment experience, Mr. Atanasiu is an accomplished cellist. He has appeared as a soloist with orchestras in Europe, and received first prize for cello at the 2000 Anemos International Competition in Rome.