Charitable giving remained strong in 2021, with donors responding generously given the ongoing COVID-19 pandemic, economic crisis and racial justice efforts. Donors contributed an estimated $484.8 billion to U.S. charities thanks in large part to a solid stock market and GDP, according to Giving USA: The Annual Report on Philanthropy for the Year 2021.1 Total charitable giving in 2021 grew 4.0%, although growth in giving did not keep pace with inflation, which caused challenges for many nonprofits. Even so, 2021 was the second-highest year for giving on record in inflation-adjusted terms. Total giving as a percent of GDP has stayed steady for the past decade, around 2%.

As seen in Exhibit 1, the bulk of contributions came from individuals, logging the second highest total dollar amount to date, adjusted for inflation. Robust economic growth, along with higher discretionary income and personal savings rates in 2021, increased most donors’ ability to give, with generosity “a tradition shared by people of all income levels, backgrounds and cultures,” according to the report. Although mega-gifts from the wealthiest donors may attract the headlines, small gifts from donors of modest means can have a significant impact on a nonprofit’s operations.

Giving by bequests declined 7.3% (-11.4%, adjusted for inflation), yet still reached its second highest level of giving when adjusted for inflation. Bequests are known to be particularly volatile from year to year, and it is likely that several extraordinarily large bequests in 2020 resulted in a comparative decline in 2021, according to the report. 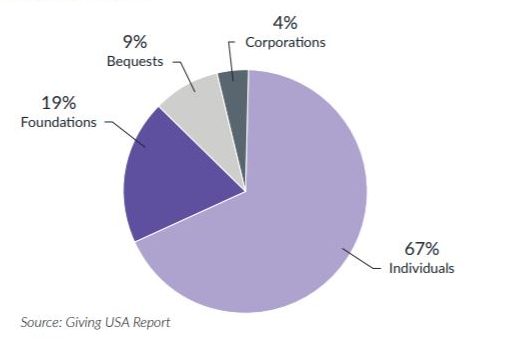 Exhibit 2, which depicts giving by individuals from 1981 to 2021, is an interesting visual on the impact inflation can have on the nonprofit sector. Even if nonprofits are fundraising at the same rate as they did last year, they seem to be losing purchasing power. The cost of doing business is increasing, and many nonprofits are challenged to raise more funds just to stay afloat. Some of the subsectors that experienced strong growth in 2020, such as education and human services, did not fare as well in 2021. Nevertheless, two-year growth for each of these subsectors was over 5%, even when adjusting for inflation.

The trend toward donor-advised funds

In 2020, DAFs continued to increase in all key metrics, with contributions to DAFs totaling $47.85 billion, an all-time high. This number surpasses the revised 2019 value of $39.69 billion and is a 20.6% increase, according to the National Philanthropic Trust 2021 DAF Report.2 The growth included total contributions, grant dollars and charitable assets — an upward trend that will likely continue. WHAT IS A DAF?

A DAF is a charitable giving vehicle that is owned, controlled and administered by a sponsoring public charity. A donor contributes cash or other assets while retaining advisory privileges over both the investments and grant recommendations. Glenmede partners with the National Philanthropic Trust to offer DAFs.

DAFs do not have startup costs, can be established quickly and rely on the sponsoring organization to administer the fund — freeing donors to focus on their charitable mission. Establishing a DAF is straightforward. Once a donor chooses a sponsoring organization, next steps include opening an account, naming the fund, recommending an investment strategy and appointing advisors and successor advisors. Given the relative ease of setup, DAFs are a useful option during year-end tax planning.

For more information on DAFs, please contact your Glenmede Relationship Manager or check out the following articles:

For more information on philanthropic giving in 2021, please reach out to your Glenmede Relationship Manager.

This material provides information of possible interest to Glenmede’s clients and friends, and does not provide investment, tax, legal or other advice. It contains Glenmede’s opinions and/or projections, which may change after the date of publication. Information obtained from third-party sources is assumed reliable but is not verified. Any potential outcome discussed, including but not limited to performance, legislation or tax consequence, ultimately may not occur due to various risks and uncertainties. Clients are encouraged to discuss anything of interest in this material with their tax advisor, attorney or Glenmede Relationship Manager.